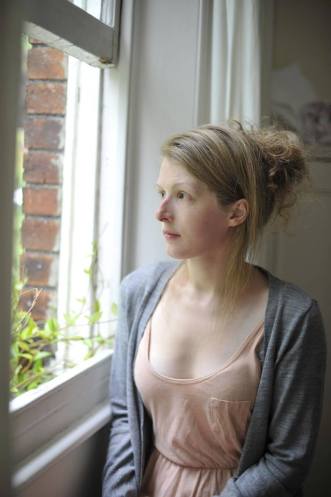 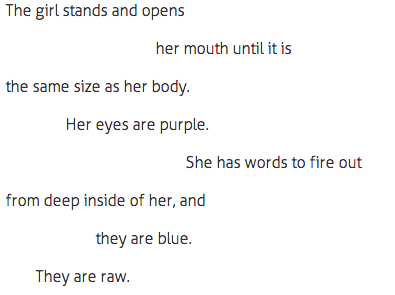 “Vaginaland” was previously published in English Pen “Poems for Pussy Riot” and appears here today with permission from the poet.


Jen Campbell is an award-winning poet and short story writer. She’s also the author of the bestselling Weird Things Customers Say in Bookshops Series. Her poetry collection, The Hungry Ghost Festival, is published by The Rialto and her latest book, The Bookshop Book, will be published in October by Little, Brown.


Editor’s Note: What is a girl? What is her mouth, her body, her words? Who is that girl when the world tries to hold her down and shut her up? When “She has been baked / as a blackberry pie and / now everyone wants a piece / of her”?

“Vaginaland” was originally published by English PEN as a political act. In an act of solidarity. In support of three members of the Russian punk band Pussy Riot, who were then in prison for their outspoken feminism, LGBT advocacy, and opposition to the policies of Russian President Vladimir Putin.

Who — and what — does a girl become when she stands up, breaks free, and fires out the words that are deep inside of her? When those words are political? When her voice is political? When “She says: this is the capital of me”?