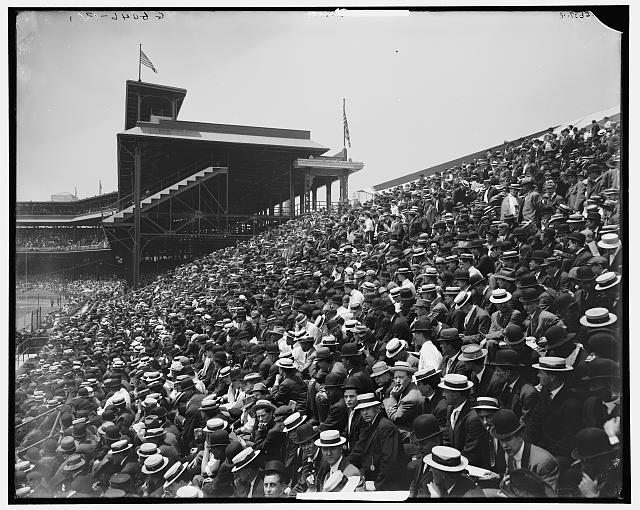 What if Bill Mazeroski Missed First Base?

Ralph Terry’s shoulders slumped. In leftfield, Yogi Berra turned, took a few steps back, but could do nothing but watch the ball sail over the ivy-covered wall. In his mind, a Yogi-ism. We scored 28 more runs than them and lost. It was true. Over the course of seven games, the New York Yankees outscored the Pittsburgh Pirates 55 to 27, yet lost the 1960 World Series to the Pirates. Or, had they?

The Forbes Field faithful, 36,683 strong, stood as one cheering, clapping, screaming, watching as an unlikely hero, Bill Mazeroski circled the bases. The Pirate second baseman, known for his defense, jumped, waved his arms, and danced his way around the bases. With batting helmet in hand and a smile wider than Forbes Field’s vast centerfield, he ran smack into a celebratory mob of welcoming teammates.

In one of the most exciting World Series ever played, the Pirates had defeated the mighty Yankees in seven games to become the champions of baseball.

Prior to his momentous blast, surpassing in importance and impact Bobby Thomson’s “Shot Heard ‘Round the World” four years earlier, Bill Mazeroski had hit only 11 homeruns in 1960. The seven-time All-Star would eventually be elected into baseball’s vaunted Hall of Fame primarily on the strength of his glove. Mazeroski won eight Gold Glove Awards during his 17-year big league career. The second baseman was no doubt just as surprised with the hit as the sold-out crowd and those watching and listening to the broadcast.

While the Pirate players, rabid newspaper reporters, photographers, and assorted over-zealous fans jumped, whooping it up around number nine, the Yankees players walked slowly, heads down, toward the visiting team’s dugout. The six umpires, four around the bases and one each up the right- and left-field lines stood stoically in place, watching the dichotomy of emotions between the players wearing home white uniforms versus those in visiting gray.

Yet not everyone in the stadium that historic October 13, 1960 day watched the ball’s flight arc over the 406-foot sign. Casey Stengel, who had witnessed his team score two runs in the top on the 9th inning to tie the game, didn’t follow the ball’s path. In professional baseball since 1912, not much got past him. The Old Professor, as he was known, stayed laser focused on the giddy Mazeroski. Specifically, Stengel watched closely as Mazeroski neared first base. The Pirate second baseman, focused on the ball rather than the base in front of him, neared the bag, rounded first and jubilantly headed for second base. Stengel’s eyes widened. In all the excitement, Bill Mazeroski didn’t touch first base. As Stengel’s players death-marched toward the dugout, Casey emerged. He stood, one foot on the top step, the other on the field.

“Stop!” Stengel commanded. “Everyone, back to your positions. This game isn’t over,” he shouted.

The Yankee players looked at each other. Had the Old Professor lost it, they wondered. Mickey Mantle had seen Stengel pull numerous rabbits out of numerous hats. The Yankee centerfielder shrugged, turned, and said to his teammates, “Let’s go back out there.”

Stengel spoke to pitcher Ralph Terry and first baseman Bill Skowron. It took the police and stadium security nearly 30-minutes to clear the field of revelers. The Yankee players were back in their respective positions. Pirate manager Danny Murtaugh asked for an explanation but didn’t get one. He refused to send any of his players back onto the field. Homeplate umpire Bill Jackowski called time-in. Ralph Terry stepped off the rubber and gently tossed the ball to Bill Skowron. The Yankees first baseman put his spike on the base.

First base umpire Nestor Chylak, who made his major league debut in 1954, and who Boston Red Sox player Johnny Pesky said, “He [Chylak] always seems to be at the right place at the right time,” didn’t watch the homerun ball. He knew that was the responsibility of the leftfield line umpire, Stan Landes. Chylak’s business was first base. He watched Skowron, ball in glove, step on the bag. Chylak’s right hand went up, his thumb protruded from his fist. “Out!” he shouted. In all the excitement, Bill Mazeroski had missed first base.

It took several minutes before everyone realized what had just happened. Danny Murtaugh protested to no avail. There was no videotape replay to watch and review. Chylak’s call could not be overturned. Mazeroski was out. The champagne corks would stay un-popped. Ralph Terry settled down. He retired the next two shocked and dispirited Pirate batters.

In the top of the 10th inning, the Yankees pushed a run across. They led 10 – 9. One last chance for the Pirates, but by this point, the partisan crowd and each Pirate player were in zombie-like trances. The Pirates went down one-two-three in the bottom of the 10th inning. The Yankees had won the 1960 World Series!

Yogi Berra celebrated with the rest of his teammates. “Mazeroski’s homerun beat us, but we still won,” he told a reporter.

About the Author: Bruce Harris enjoys baseball. He is a SABR (Society of American Baseball Research) member.