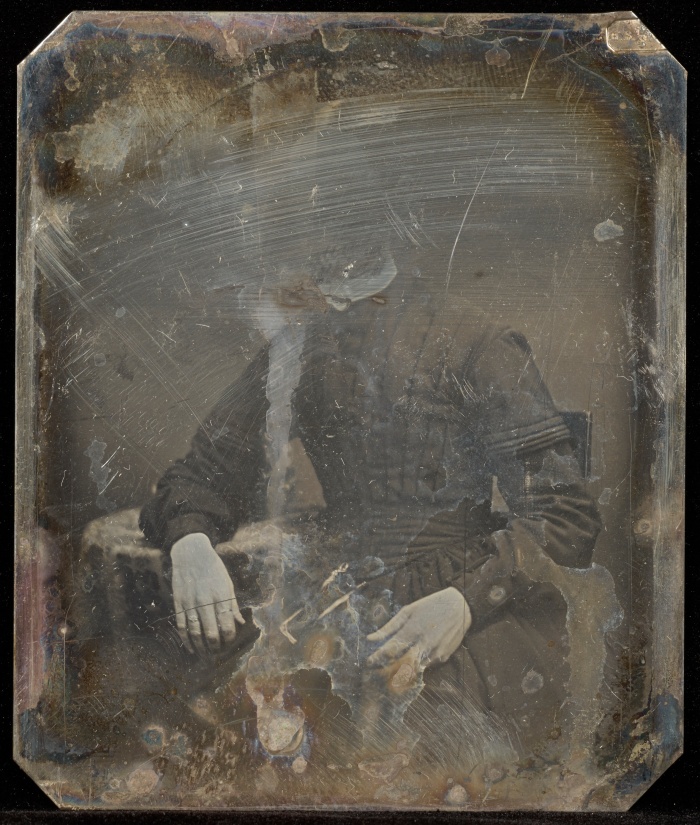 is said with such ease, such nonchalance
when what’s meant is the once beloved
the once esteemed once revered

before the universe decided to test the bond
and the bond failed, before the tear, the rip
sometimes terse, often sustained

regardless, the ex, a two-letter word
packed tight like a small, thick scar
long after the slash

.
About the Author: Mike Acker lives in Vancouver, British Columbia. He has lived in various parts of the world; his early education was in German and French. While living in California, he worked as a professional translator. Mike enjoys writing short poetry, especially with the intent of exploring the possibilities latent in a single image.

.
More By Mike Acker:
“The Selfie”
“Out of the Blue”
“What Do You Call This? Bubba Ganush?”
.
.
Image Credit: Jacob Byerly “Portrait of a Woman” (1852) Digital image courtesy of the Getty’s Open Content Program.