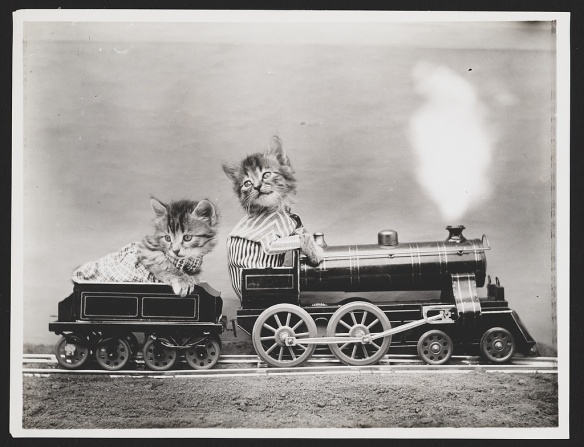 The Misery of Fun

I was holed up, purposefully, in my basement—the place where I hermit when I’m not obligated by work or another adult responsibility to leave and confront the outside world—when my wife came down the stairs, her heels clacking against the hardwood. She was holding her phone, staring at the screen. “So,” she said.

I knew that “so” and something was coming that I wasn’t going to enjoy hearing. “What is it?”

“So my dad texted me, and they’re planning a trip for next April and inviting us and the kids,” she said.

“Tell me it’s not Disney World.”

“Disney World isn’t that bad,” she said with a lilt in her voice. “It’ll be fun.”

My head dropped into my hands. My wife was going to use the kids, who are now teenagers, to try to convince me into willfully entering the lost circle of Dante’s Hell.

And all of this would be done in the name of “prescribed fun.”

At the risk of sounding like a curmudgeon—-which I probably am—-the idea of Disney World…hell, state of Florida alone, is enough to induce an anxiety attack. I’d rather be strung up by my toes and beaten with a broomstick than to stand in a 45 minute line next to a family of sunburned and overstuffed Midwesterners. There will be thousands of people with the same expectation: to have “fun” on the boat trip through It’s a Small World. Hop on, everybody, it will be a blast, everything you’ve waited to experience, so much fucking fun that you’ll pop like a fun-sucking tick.

“I’m not going,” I told my wife. “I don’t have enough Ativan to make it through a week there.”

She crossed her arms and sighed, the “I’m-not-surprised-but-slightly-disappointed” sigh I’ve been hearing for sixteen years of marriage. “What are you going to stay at home and lock yourself in the basement for the week?”

She rolled her eyes. “What fun is that?”

Here’s my beef with fun.

If something is planned and the sole expectation is that I’m going to have “fun” at said event, I’m predisposed to be, paradoxically, miserable there. I’m not sure if this can be attributed to lifetime of panic attacks or a generally cynical disposition—or both—but whenever someone tells me that I’m supposed to have fun, I won’t.

The worst type of fun, the most insufferable fun, is what was aforementioned as “prescribed fun,” and it’s not dissimilar from any other prescription medicine. Instead of a pill or a cream, you’ve been ordered to ingest a planned event and the end result should be a type of spirit cleansing fun you’ll relive in your mind for a lifetime. All of life’s interminable sadness and devastating despair will disappear whenever your mind wanders toward the prescribed fun event.

It’s a fun unlike a fun that any old fun person has ever known.

For me, when something is meticulously planned—like vacations or weddings or reunions—when flights and hotels are booked, meal packages purchased, money squirreled away for the explicit purpose of your “fun” trip, I immediately grow anxious and fixate on the fact that everything is supposed to be fun, and this trips my system.

When fun is prescribed, the opposite is the result for me—in other words, discomfort and despair. If you tell me, I’m supposed to have “fun” in Disney World, I will crumble into a pile of existential misery.

I guess, technically, that makes me a bit of a drag.

It’s hard to pinpoint where my aversion to prescribed fun found its origins. I can remember growing up in Rhode Island and visiting a local amusement park called Rocky Point in Warwick. It has long since closed-down for all the right reasons: safety, sanitation, general decency.

Rocky Point was like a Six Flags with a meth problem, but as a kid, I somewhat enjoyed my visits there. First, I went with my parents and sister and cousins, and later with my junior high classmates, riding rickety roller coasters and overly-chlorinated flume rides. To my best recollection, I enjoyed it well enough. If it wasn’t fun, it was something in its class of emotions.

I began really recoiling from prescribed fun began when I moved to Las Vegas and realized the dark side of fun.

In Vegas, there was a saying among the people who lived there year-round: “It’s a great place to visit, but a tough place to live.”

Here’s a time when I had genuine fun, to demonstrate I’m not an incorrigible crank.

My wife and I were dating at the time, still in the throes of a new relationship. We’d driven to Burlington, Vermont, to visit friends for the weekend then spontaneously decided to take the three-hour jaunt north to Montreal.

It was unplanned, and there was a possibility, a chance it could’ve been a miserable weekend. But it wasn’t. We rented a cheap, hostel-like room for a night then caroused around Saint Catherine’s Street, bar-hopping. We genuinely enjoyed each other’s company that night. After all, we were having fun falling in love.

The next morning, a Sunday, we were packing to leave, nursing dull hangovers. We both had to work the next day, and the ride home would be long and tiresome. Before we left, we decided to grab some lunch and ended up in an empty restaurant in a square in downtown Montreal. We ordered Canadian beers and watched as the snow began to fall, and we became buzzed.

The next morning, we called into work from a Canadian motel phone and stayed that day and that night, and, later, we got married.

“You’re really not going, are you?” my wife asked, knowing that dropping large chunks of cash we don’t have for me to be miserable with the prescribed fun…well, it made no fiscal sense to either or us. “You’re going to have fun sitting here in the basement, drinking Bud Light and watching the Red Sox games?” she said as we folded laundry in the basement.

“Isn’t that prescribed fun?” she asked. “You’re looking forward to it.”

I nodded, and she went back upstairs to that terrifying place outside my basement where strangers are seeking fun, day and night, onward and onward.

About the Author: Nathan Graziano lives in Manchester, New Hampshire, with his wife and kids. His books include Teaching Metaphors (Sunnyoutside Press), After the Honeymoon (Sunnyoutside Press) Hangover Breakfasts (Bottle of Smoke Press in 2012), Sort Some Sort of Ugly (Marginalia Publishing in 2013), and My Next Bad Decision (Artistically Declined Press, 2014), Almost Christmas, a collection of short prose pieces, was recently published by Redneck Press. Graziano writes a baseball column for Dirty Water Media in Boston. For more information, visit his website: www.nathangraziano.com.

Image Credit: Harry Whittier Frees “The Fast Express” (1914) from The Library of Congress

1 thought on ““The Misery of Fun” By Nathan Graziano”