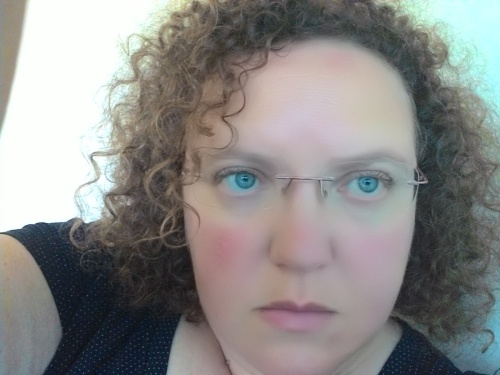 AND THERE’S SOMETHING ABOUT SOFTNESS
By Gili Haimovich

People are still flirting
with trying to look younger,
to make each other laugh.
Their existence is softened
by the luxuries of having some time, some needs, met.
People are still eager,
not too tired of being keen,
I have found out
among the snow banks,
pushing
the stroller of my soft new baby.

Today’s poem appears here today with permission from the poet.

Gili Haimovich is an international poet and translator who writes in both Hebrew and English. She has six volumes of poetry in Hebrew, including her most recent, Landing Lights (Iton 77 Publishing House), which received a grant from Acum, as did her previous book. She also received a grant nominating her as an outstanding artist by the Ministry of Immigrant Absorption on 2015. Her poetry in English is featured in her chapbook, Living on a Blank Page (Blue Angel Press, 2008) and in numerous journals and anthologies, such as Poetry International, International Poetry Review, Poem Magazine, LRC – Literary Review of Canada, Asymptote, Drain Magazine, Blue Lyra, Circumference, TOK1: Writing the New Toronto and Mediterranean Poetry, as well as main Israeli journals and anthologies such as The Most Beautiful Poems in Hebrew (Yedioth Ahronot Books, 2013). Her poems have been translated into several languages including Chinese, French, Italian, Bengali, and Romanian. Gili is also presenting her work as a photographer, teaches creative writing, and facilitates writing focused arts therapy.

Editor’s Note: Today’s poem excels in the realm of wordplay. Double entendres luxuriate in a language that is as rich as it is simple, as straightforward as it is complex. The poet’s clear love of language — the sheer joy of it — culminates in a narrative of the unexpected, in a revelation that demands we enter the poem again and consider it anew. Delicate and layered, this poem is a labor of love that offers the reader the fruits of its bounty.