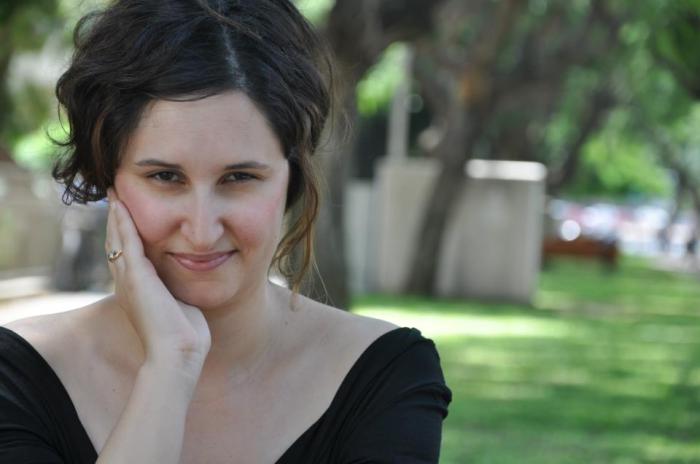 Walt Whitman walks with me
down the street, holds
doors open for me, whispers

in my ear: You can do nothing and be nothing but
what I will infold you.
Whitman, how good it feels, your

love, the perfect love of poets and
fathers, after they’re gone. Illness
outran my father’s

mind, so he could not hold
doors open for me.
Whitman grieves with me. The father,

he says, holds his grown or ungrown son
in his arms with measureless love.
But did he, Whitman, did your father hold

you in his arms? Together
we decide nothing
is more desirable than love from the dead.


(Today’s poem originally appeared in diode and appears here today with permission from the poet.)

Dara Barnat is an American poet who lives in Tel Aviv. Her work appears in diode, Poet Lore, Crab Orchard Review, Flyway, The Collagist, Los Angeles Review of Books, and elsewhere. Dara’s chapbook, Headwind Migration, was released by Pudding House Publications in 2009. The same year, she received a poetry scholarship from the Bread Loaf Writers’ Conference. Dara teaches poetry and creative writing in the Department of English and American Studies at Tel Aviv University.

Editor’s Note: February 26th will mark the first anniversary of my father’s death. In my early grief, in my inability to comprehend, I found my path to acceptance, to understanding, to processing my father’s passing, through poetry. One year later I find myself still drawn to that community of voices who are able to speak of loss, to create beauty from immeasurable ache.

Today’s poem had me at hello. At “the perfect love of poets and / fathers, after they’re gone.” “[N]othing / is more desirable than love from the dead,” and nothing makes the burden we carry in the wake of loss more bearable, more understandable—nothing makes us feel less alone—than poetry.

That being said, above and beyond what it offers me in my personal journey, today’s poem is a stunning piece of artisanal craftsmanship. A lyric tour de force that resonates on aesthetic, emotional, and intertextual registers and beyond. A beautiful song that carries beyond that which gave rise to it, taking on a life and power of its own.