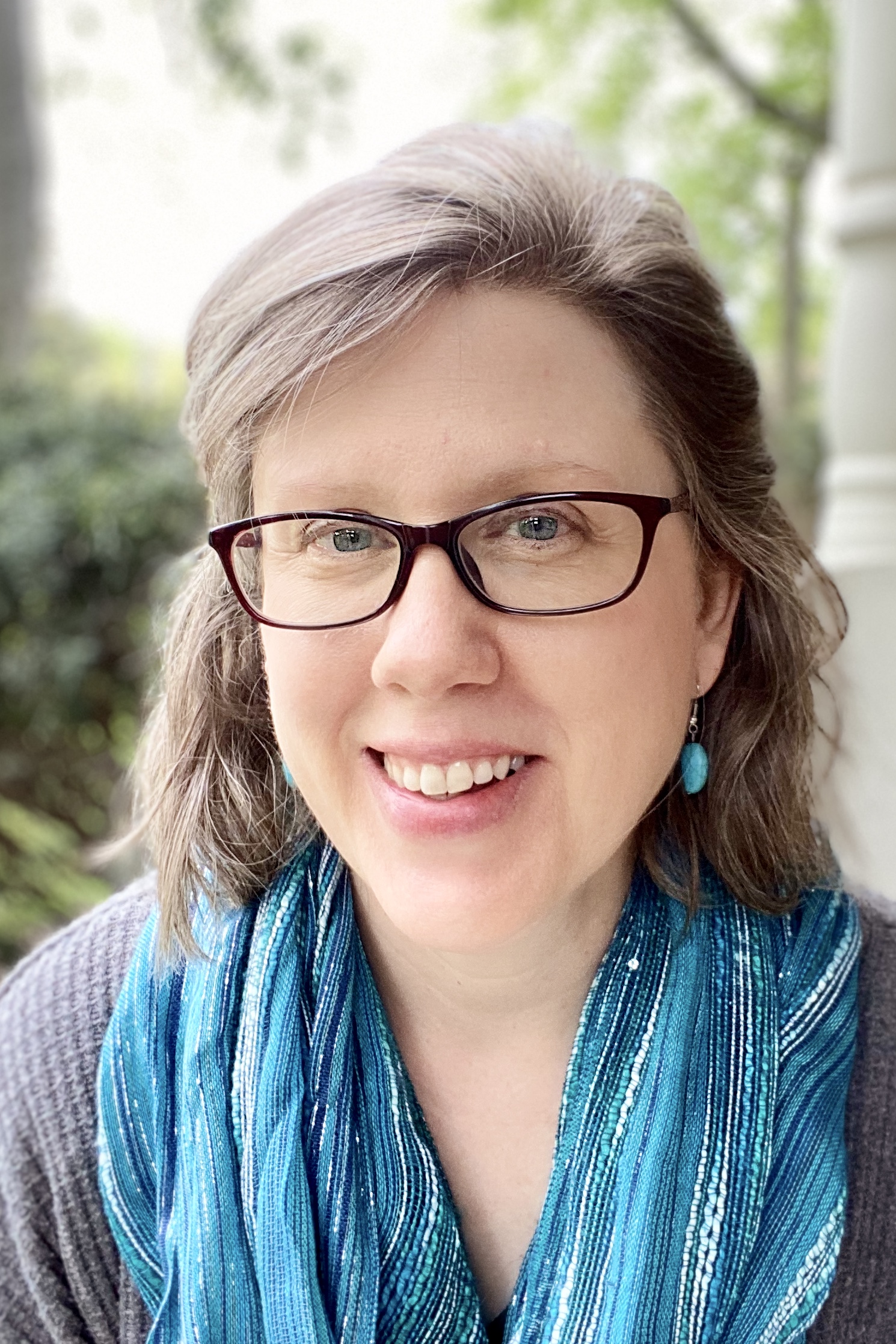 Welcome to AIOTB Magazine’s third Poetry Soundbite, an on-going series of poetry readings and interviews. For this edition, we welcome Kory Wells, the author of Sugar Fix, poetry from Terrapin Books. A former software developer now focused on her longtime side gig in creative writing, Kory nurtures connection and community through her advocacy for the arts, democracy, afternoon naps, and other good causes. A recent two-term poet laureate of Murfreesboro, Tennessee, she is founder and manager of a reading and open mic series and a mentor with the low-residency program MTSU Write. Kory’s poetry has been featured on The Slowdown podcast by former U.S. poet laureate Tracy K. Smith, and her writing appears in James Dickey Review, Ruminate, Stirring, The Southern Poetry Anthology, and elsewhere. korywells.com

Below the video, you can find links to some of the poems on AIOTB Magazine

The Assistant Marshal Makes an Error in Judgement

When the Watched Pot Boils 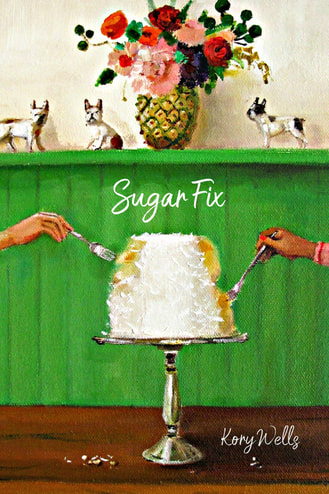 When Kory Wells sent a submission of poetry to As It Ought To Be Magazine last Spring, I was first struck by her sense of history. In “The Assistant Marshal Makes an Error in Judgement”, Wells writes about a census taker in the 19th century whose guesses at the races of citizens become their legal racial identity inscribed in his government ledger. Today in 2020, it took a court battle to resolve the citizenship question on this year’s census. This poem is more than just a historical footnote; its reminder of how the politics of identity and who has the right to recognize it have continually defined American society. In this way, Wells follows the words of fellow southern writer William Faulkner, who famously wrote (and was even more famously quoted by President Obama) “The past is never dead. It’s not even past.”

With Sugar Fix, Wells explores the never dead past of today through the personal and cultural memories of sugar. Recipes handed down from generations are clues to her family mythologies, the proustian taste of chocolate ice cream on her tongue is a confessional, the trade in sugar and sweets in the south is a material history of the racial and class tensions of reconstruction to today. It would be easy for a book of poetry centered on the metaphor of sugar to lapse into saccharine sentimentality and syrupy cutesiness, but Wells is a poet who understands the cost of pleasure and the sweat demanded of our brow before we taste the sweet. She knows the personal price of indulgence and the social cost of supplying society with its sugar fix.

In “Still Won’t Marry” Wells takes on the persona from the traditional Appalachian song “Angeline the Baker,” envisioning her as weary of the constant propositions of trading sugar for skin:

He says a little taste of sugar will cure
my weary back, my aching shoulders, my
singed arms. Like I don’t know what that man wants.

Angeline’s side of the story is wise to the after effects of the sugar fix “The bed a pleasure too short. Babies Chores./ His wants ahead of mine.” Wells connects this folklore of indulgence in sugar and flesh to her own past in a poem whose title conveniently saves me from having to summarize its premise: “He drove a four-door Chevy, nothing sexy, but I’d been thinking of his mouth for weeks.” During a date at a Dairy Queen Drive in, Wells is fixated: END_OF_DOCUMENT_TOKEN_TO_BE_REPLACED 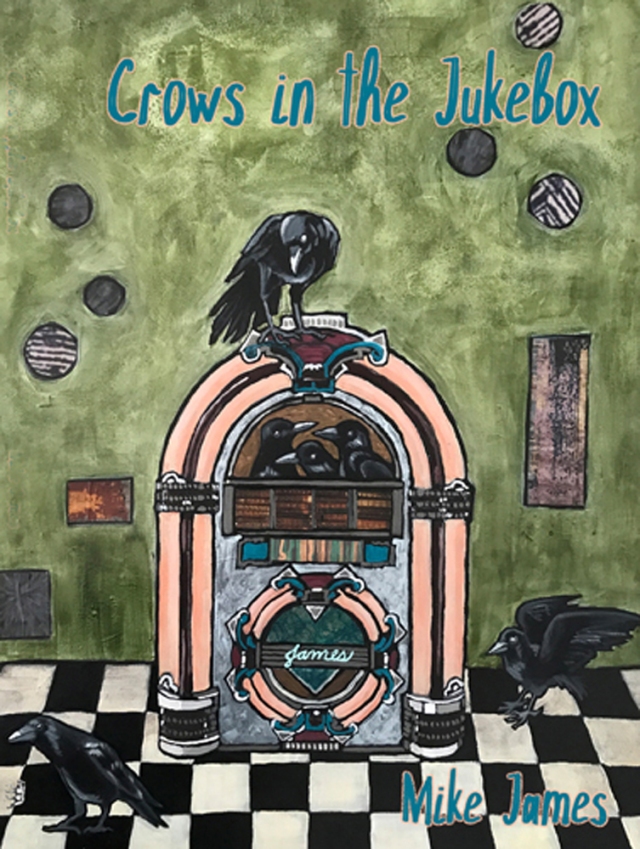 The Very Southern Pronunciation Still Rings In My Ears:

A Conversation With Poet Mike James

Keats had his nightingale, Shelley had his skylark, Poe had his raven, Stevens had 13 ways of looking at a blackbird, and Mike James has a jukebox full of crows. While fans of poems about birds will not be disappointed, Crows in the Jukebox is just as much about the jukebox as it is about the crows. James’s book reads like the playlist of an old jukebox in a roadside, greasy spoon diner. There are folk songs that retell old family lore, slow ballads that honestly and sweetly pay tribute to his love, and melancholic memories of a self-destructive father on par with any country tune sung by Loretta Lynn or Tammy Wynette. You can hear the drawl in his words, but James is not constrained by the clichés or expectations of his background in the Carolinas. His poetry is, as the crow flies, direct in its route and positioned with a vision that can muse on the specific while connecting it to a wider, areal view.

Chase Dimock: Crows pop up as the subject of several poems in your book, Crows in the Jukebox. In “The Crows,” you write that you “love those damned birds for what they aren’t” and in “Poem” you declare that “crows are good at waiting, much better than we are with our alphabet of needs.” What is it about crows that makes them such a fertile subject for poems? How does your interest in crows connect with some of the other ideas and themes in your work?

Mike James:  I’ve always loved crows. They are, with pigeons, my favorite birds.  Part of what I like about them is their intelligence, but I also love the fact that they exist at the margins. No one goes to the zoo to see crows. They are always around, watching and plotting survival. Many people have a real aversion to them. That marginality probably interests me as much as anything since I think the best writing comes from working against dominant culture, of getting by at the margins. So many of “the great dead” I admire worked actively outside of the mainstream.  (I’m thinking of poets like Stephen Jonas, Bill Knott, Jack Spicer, Lorine Niedecker, and Mbembe Milton Smith.) I don’t make a conscious decision to work around any specific themes; however, I have a real love for the decayed, the failing, and the decrepit. In so many ways I am in love with ruination. Give me the choice between walking through a mansion and walking through a closed factory and I will choose the factory on every occasion.

Chase Dimock: Let’s talk more about your interest in marginality and resisting the dominant culture. I feel that one way writers cultivate a unique voice and resist the dominant culture in their work is through identifying with the unique region and culture in which they live and write. Steinbeck had Monterrey Bay and Faulkner had rural Mississippi. You were born in the Carolinas, and you currently live in Chapel Hill. A number of your poems make references to places in the South, including a town in the poem “Off Interstate 95” where “people hope for jury duty ’cause it’s a job.” How does living in this region inform your poetry and influence your feeling of marginality?

Mike James: It’s easy for a southerner to relate to marginalized cultures because the south has always been either looked down upon or romanticized in an unhealthy and non-useful way.  Coming from a blue collar background, as I do, presents two choices:  Either accept the dominant culture imposed by wealth and commercialism and forget your origins or stand slightly outside the mainstream and question basic assumptions. Good writing, for me, is all about questioning assumptions.

I’ve been very determined to never lose my, fairly thick, southern accent.  My voice identifies my birth region.  So many people have negative views of southerners.  Once, at a training seminar for my job, the instructor, who I had not spoken with, mentioned her hatred for southern accents because, she said, southerners do not sound educated.  When I questioned her, she asked, “Honestly, don’t you ever think you sound like a hillbilly?” I replied, “No.  I think I sound like William Faulkner and Reynolds Price and Tennessee Williams.”

One way the south definitely influenced me was through the orality of the culture I grew up in.  During my childhood, my relatives gathered on an almost nightly basis and told stories. Even though I’m not a narrative poet, that spoken tradition still informs my work. And the very southern pronunciation still rings in my ears. It’s only in the south that tired and hard can come off like off-rhymes. (You can hear that rhyme in Loretta Lynn’s “Coal Miner’s Daughter.”)

All that being said, I really don’t consider myself a southern writer. James Dickey and Everette Maddox are, probably, the only two southern poets I can definitely say have influenced me and those are two wildly disparate voices.  Most of the poets I read and relate to are from places outside of the south.