What interests me most about Kevin Pilkington’s work is its range of content and tone. He can be serious and humorous with equal skill, and often in the same poem. His subject matters are human sexuality, human frailty, and post-modern life with all its joys and vicissitudes. I hope this small sampling of Pilkington’s work encourages readers to seek out his recently released Where You Want to Be: New and Selected Poems (Black Lawrence Press, 2015).

An Act of Seduction in the Twenty-First Century

You know as well as I
there is nothing more
than a piano between us.

So please rest your head
gently against my hip before
the moon burns a hole in my pocket.

If you close your eyes
perhaps you will see what I
did this morning at breakfast.

When I poured maple syrup
over a piece of French toast
it settled into a portrait of Christ.

Before I go any further you should
know this about me: I am
the kind of man who does not

believe in much of anything.
Now you will not be surprised
when I tell you what happened

next. I cut into it with my fork
and ate, just to feel what it is like
to chew on redemption.

You pass an alley
where a drunk holds
on to a rope of piss
he made with cheap wine
and these streets are the stink
August heats until
your one good lung turns
into a trash can rattling
each time you cough.

Like most tenants you keep
windows open hoping
the sax player on the corner
has a good enough lip tonight
to cool off the next breeze.

Things haven’t been right
but you know the voices you hear now
are no longer Irish arguing
in these tenements. After
moving uptown, the problems
they forgot to pack turned Spanish.

Before ever reaching
the newsstand you decided
the past year is worth the 50
cents a paper costs if it has an article
on why the women in your life
never meant more than rent.

Finding none, you light up
a cigarette, sucking down
all the smoke it takes to cloud
reasons why love has meant
just so many trout lying on their side
in the fish market window
with prices on their heads.

A Manual for Urban Living

Most things begin here in this city.
When the A train runs uptown
it rattles an orchard in Texas
causing fruit to fall from trees.
And when a glass of beer is knocked
over in a bar on Tenth Avenue the sunset
spills across the sky on the West Coast.
I quickly found out that any street
stretching across town is a kind
of rope that anyone can trip over.
And when I heard a neighbor on
the first floor was found in his
living room hanging from a piece
of Third Avenue wrapped around his neck,
I decided to find out what was hanging
over my head.

On the clearest night I could find,
I took an elevator to the roof
of a high rise then kept going to look
for a piece of moon, a bit of star
anything that resembled the sky
before I moved here. Later I learned
how to say no beginning with a woman
at a party who asked me to get her
a glass of wine. I told her she shouldn’t
since she was pregnant. She claimed
she wasn’t – the truth was she swallowed
the world. After she walked away,
I just hoped whenever her water broke
it turned out to be the Atlantic.

Kevin Pilkington is a member of the writing faculty at Sarah Lawrence College. He is the author of six collections: Spare Change was the La Jolla Poets Press National Book Award winner; Ready to Eat the Sky was a finalist for an Independent Publishers Books Award; In the Eyes of a Dog won the 2011 New York Book Festival Award; The Unemployed Man Who Became a Tree was a Milt Kessler Poetry Book Award finalist. His poems have appeared in numerous magazines including: The Harvard Review, Poetry, Ploughshares, Iowa Review, Boston Review, Yankee, Hayden’s Ferry, Columbia, North American Review, etc. He has taught and lectured at numerous colleges and universities including The New School, Manhattanville College, MIT, University of Michigan, Susquehanna University, Georgia Tech. His debut novel Summer Shares was published in 2012 and a paperback edition was reissued in summer 2014. His collection Where You Want To Be: New and Selected Poems was just published by Black Lawrence Press.

[The above poems are reprinted from Where You Want to Be with permission of the author.] 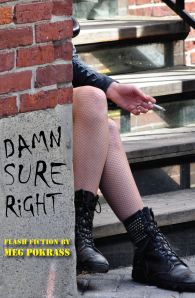 My imaginary man lives in Siberia. We touch down on each other like  helicopters. I smile, move my mouth around him—offer a warming hut, a place to explode.  When he bursts, storm clouds open.

My parents divorced and nobody yells anymore, but that is no longer important. I want a Siberian life, a Siberian husband. One whose hair changes from brown to light.

My dog seems worried, and so he and I take long walks. Sweat trickles down my back. The dog pants miserably. I promise him that someday, we’ll skate alongside a large man who loves Labs.

In December, I slump into bed early, imagine what it will be like—Siberian sex. Better than any other kind—so cold outside, so warm under the covers. I ball up socks and rub them where the man would go. We’re there, and he is teaching me how to taste snow.

Meg Pokrass is the author of Damn Sure Right, a collection of stories. Her second collection, Happy Upside Down, will be released in the fall of  2013. Meg’s work appears in PANK, McSweeney’s, The Literarian, storySouth, Smokelong Quarterly, Gigantic, Kitty Snacks, Wigleaf, The Rumpus, Yalobusha Review, Gargoyle, and Roadside Curiosities: Stories About American Pop Culture (University of Leipzig Press in conjunction with Picador, 2013). Information about her work can be found here: http://www.megpokrass.com.