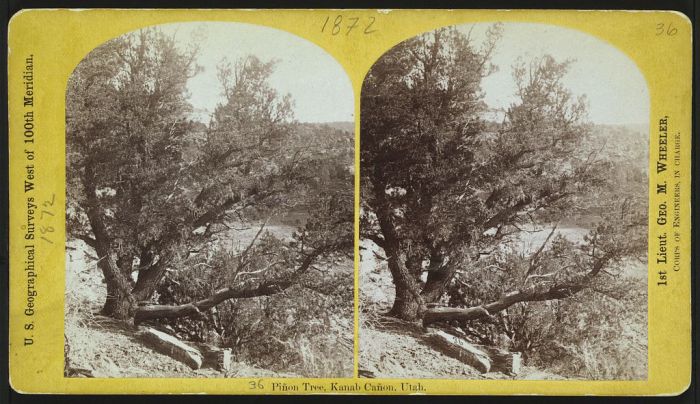 In the old schoolyard there is a piñon tree,
Stooped and curled in the palm of a gentle slope,

A shelter where we drew alliance from a shadow.
We prognose her promises in fine-twigged fingers

viscid and clear issuing forth from the strips
Of bark that flays itself in offering to the sun.

A flame incandescent with the need for rain
Cries hoarse in the blue cradle of a desert noon.

I throw pumice stones in ellipse, one by one, then air—
powdered cast-offs patterning an elegant script

Across skins, telling of a heart, the vixen vein, or dog dream.
I didn’t aim for anyone there among the rabbit

Brush, amidst the smell of Easter and all the shells
Of the first story cracking open. A fragile yolk

that cannot be responsible for what I see entrailed.
This, the shrine that carves itself into a waking earth

With its slicing axis of damp and salt. The maternal blood
Swallowing speech into its quiet palace. I wonder how

Sorrow and pain have shaped the throat of grace. The
Blood council warns: “Do not invite anger here,
deceit, nor regrets. do not dissolve the home we are
Making for you here in thought.” I’ve

I could not watch, the mother of each that places
Doubt on the cool ground beneath that tree,

Who places the rocks in my hand, who speaks
The word for throw in the language of forgiveness.

About the Author: Sonya Wohletz is a writer and researcher whose interests include colonial Latin American art, the motions of the planets, bats, the weather. Her work has appeared in Latin American Literary Review, La Piccioletta Barca, Unlimited Literature, and others.