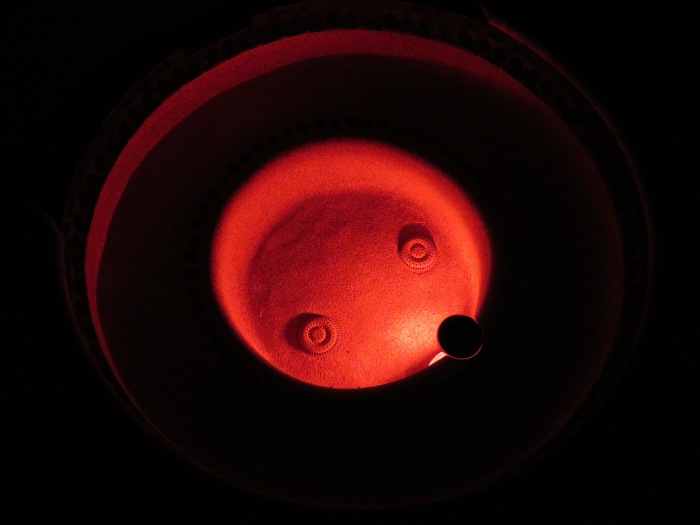 So many voices in the room
all missing each other

like a laser beam circus
or the part in the movie

where the thief needs
to infiltrate the stash’s safe

or get the remaining pearls
but the zig zag of red

and bells, cutaways and fades
to possibly a sprinkler

system about to go off as well);
we are those obliqued lines

in hot pursuit of anything
but each other, too electric

shoulder out for a head to lay
on, to cry on, and/or while

the thief steps over us—too
easily, now that we think about

it—and gets to what he must,
inevitably, get to, which is,

of course, whatever is behind
that goddamn unforsaken door.

About the Author: Award-winning writer, musician, and educator Alan Semerdjian’s writing has appeared in several notable print and online publications and anthologies over the years including Adbusters, The Brooklyn Rail, and Diagram. He released a chapbook of poems called An Improvised Device (Lock n Load Press) in 2005 and his first full-length book In the Architecture of Bone (GenPop Books) in 2009, which Pulitzer Prize winner Peter Balakian called “well worth your reading.” His most recent work, The Serpent and the Crane, which is a collaboration of poetry and music focused on The Armenian Genocide with guitarist/composer Aram Bajakian, was released this past April.