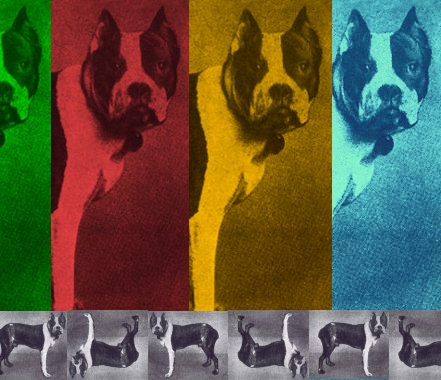 The highway to work was longer than usual
the first Monday after turning back the clocks.

My watch suggested I slow down.
You are not late enough, it said. Daydream some more.

Hood up, hands in his pockets, a boy waited
at the end of a driveway by a mailbox.

bus, its muzzle and underbelly
white as a fence post.

My super vision cut a hole, like a glass on biscuit
dough, in the boy’s bag sagging at his feet.

His math homework wore a corsage
of purple jelly

thumb prints above the first story problem.
If you are traveling fifty miles per hour,

my watch said, and work is fourteen miles away
racing toward you a hundred kilometers per hour,

when and where will the train derail?
How long does it take the bullet to exit the barrel?

My eyes met the boy’s through the windshield
as I passed. He yawned contagiously.

The boxer’s little docked tail
bustled up leaves that matched its coat.

About the Author: Stephen Roger Powers started writing poetry almost twenty years ago to pass time in the middle of the night when he was too energized to sleep after coming off the stage in comedy clubs around the Midwest. He is the author of The Follower’s Tale and Hello, Stephen, both published by Salmon Poetry. Other work has appeared in 32 Poems, Shenandoah, The Southern Poetry Anthology Volume V: Georgia, Rabbit Ears: TV Poems, and Stone, River, Sky: An Anthology of Georgia Poems. He hasn’t done stand-up in a long time, but every once in a while he finds avenues for the performer he was born to be. He was an extra in Joyful Noise with Queen Latifah and Dolly Parton, and he can be seen if you know just where to look.