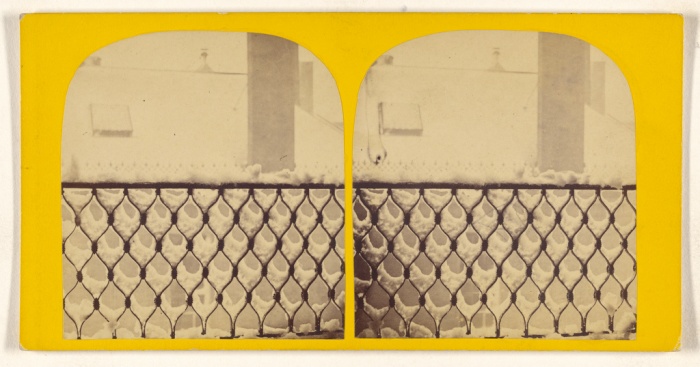 Editor’s Note: This is the second post in a series of poems about the immigrant experience in America. Our late Managing Editor, Okla Elliott, featured Bunkong Tuon’s work on As It Ought To Be back in January of 2017. Okla was particularly concerned about the anti-immigration rhetoric heating up in America and he hoped to showcase the voices of immigrants on our site. In honor of Okla’s memory, Tuon has allowed us to feature more of his poetry about his experience as an immigrant from Cambodia to the United States. The full series of links can be found below.

Silent as night
the morning snow covered
the school, the playground.
A ghost town in this city near the beach.
But no one told this refugee child
about such a day. No one said
to turn on the TV. No one called.

He walked in the white field
looking up to the sky, raising his hands,
letting his brown body fall backward
into the white landscape.
His eyes closed,
each flake gently caressing
his cheeks.

An Elegy for a Fellow Cambodian

The reason Vannark got into that fight
was because Rob had called him a dog-eater.

The saliva on your face
(for all the world to see!).

A lifetime of desire, a daily prayer
for death, a return to the beginning,
a place of warmth and affection,
a desire to be with Mother.

About the Author: Bunkong Tuon is the author of Gruel (2015) and And So I Was Blessed (2017), both poetry collections published by NYQ Books, and a regular contributor to Cultural Weekly  He is also an associate professor of English and Asian Studies at Union College, in Schenectady, NY.

Previous poems from Bunkong Tuon’s series on the immigrant experience in America:

Our Neighborhood in Revere, MA

An Elegy for a Fellow Cambodian

Lies I Told About Father