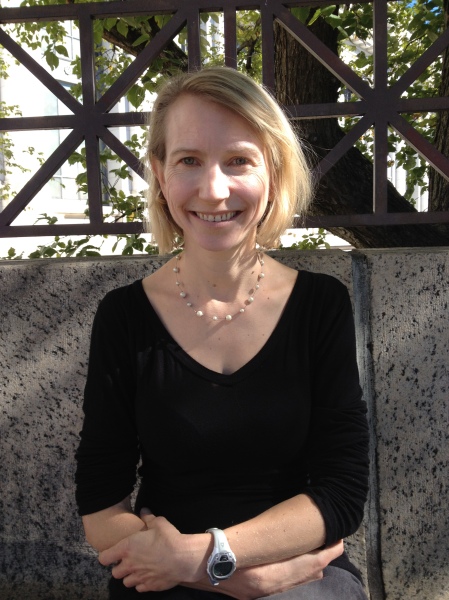 Song of the Exiles
By Holly Karapetkova

There never was a garden
only a leaving:
miles and miles
of footprints in the dirt.

In the beginning–
the shattered sun, the wind,
and nothing left but our shadows
sifting through the dust behind us.

nothing to return to,
though who could blame us for turning
with only the long days ahead,
tongues tripping in the dirt.

They said we didn’t belong.
They blamed us
for leaving the garden
which never was or would be.

Where could we go,
we who had come from nowhere
and hence could not
return?

“Song of the Exiles” previously appeared via Split This Rock and appears here today with permission from the poet.

Holly Karapetkova’s poetry, prose, and translations from the Bulgarian have appeared recently in Alaska Quarterly Review, Prairie Schooner, North American Review, Drunken Boat, and many other places. Her second book, Towline, won the Vern Rutsala Poetry Contest and is just out from Cloudbank Books.

Editor’s Note: After a moment of silence following the loss of AIOTB’s Managing Editor, the Saturday Poetry Series returns this week with a poem worth breaking silence for. Holly Karapetkova’s “Song of the Exiles” begins in Eden. At once biblical and real, this Eden is a “garden / which never was or would be.” In this world we are storyteller and reader, mythological figure and landless refugee. This is world news, this is human interest story, this is myth in the truest sense of the word. And this, above all, is poetry. Expertly crafted, delicately wrought, brilliant poetry. “When we turned / we did not turn to salt. / When we turned / there was nothing behind us to burn.”