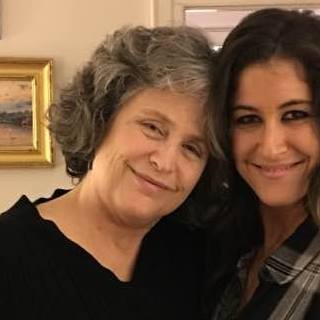 Notes on the Women’s March

It’s the day after Trump has taken office and I’ve just marched for the first time. I didn’t make it to Washington D.C. or New York City. I just drove ten minutes from my well-heeled, overwhelmingly white town on the Connecticut River to another small town, where I met my friend, the poet Marilyn Nelson. Together we walked—she wearing her “Make Racists Ashamed Again” cap and me my “Make Racists Afraid Again” t-shirt—to the Old Saybrook town hall.

Marilyn and I were counted as protesters #610 and #611 of what would eventually become a protest march of nearly 1100 people. It’s a drip compared to the hundreds of thousands of marchers in cities across the U.S. and the globe, but 1100 people marching up and down the sidewalks of a small town feels like a lot. Marilyn’s was the only Black face.

I’ve never marched before. Not for the environment, not for the Equal Rights Amendment, not for Planned Parenthood. I’ve wanted to. I’ve come close. But I live with chronic PTSD and depression from childhood sexual abuse that often make it difficult for me to leave the house, much less join a chanting crowd of protesters. I just haven’t been able to muster whatever it is that people need in order to not feel overwhelmed and panicked.

When Marilyn mentioned that there’d be a “sister march” close by, I wondered if I were chickening out by not driving to the larger events in Hartford or New Haven. There, the crowds would be larger and more racially and economically diverse. Then I thought “Why not? This is where I live. It’s my community.”  So we joined the group of women old and young, some pushing strollers, others holding signs calling for impeachment,  supporting Planned Parenthood, the NEA, environmental protection, and more. And there were men, yes. A young man wearing a wool cap and a bushy beard told me my shirt was awesome and asked for a hug. It was at that moment that I realized that I, a gray haired woman about to turn sixty, was an elder in his eyes. It had taken me this long to make it to a march.

I drove home a couple of hours later and posted the few photos on Facebook I’d taken that I hadn’t ruined with close-ups of my thumb. I was flush with a small flame of accomplishment at this ordinary act of civic mindedness. As the likes and supportive comments began to appear, I scrolled through my feed reading posts from friends. Many were marching in D.C., Chicago, New York City and elsewhere. Others watching live news feeds from around the world expressed enthusiasm and wonder. But here and there I came across posts by younger feminists calling out white women who, like me, were marching for the first time. Where were we all these years when Black men and women were protesting and risking physical harm on the streets? Our white privilege had allowed us to ignore their pain. Our white fragility was now the reason for our whining, er, protesting.

I’ve heard these criticisms before. They’re legitimate questions and legitimate issues for thorough, thoughtful discourse. But to toss them into the global protests on the very day they’re occurring is like tossing a concussion grenade into a crowd—it’s a painful distraction. No one owes an explanation for the nature of their activism.