Yes, my pretties.   I can kill any who come along armed with nothing more than my charm and my wits…and a few of the plants that grow on my property. Would you be interested in touring my lovely macabre garden? Actually, it probably looks a lot like yours. 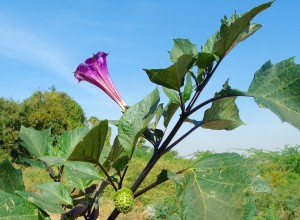 They were mentioned more recently in the television series “Underground,” in which the main character threw some of the plant onto the fire and anyone in the vicinity of the smoke became enraptured with vivid hallucinations. The plants name “Jimson weed” is actually said to have derived from the name “James Town weed” because, according to the story, the plant was consumed by British soldiers there who ate the leaves on a salad there in 1676. They miraculously survived their ordeal after eleven days of vivid hallucinations and some reputed naked wackiness. I can grind up some of these seeds in a pepper grinder, and put it in your food.

This beauty’s sweet scent brings me full tilt to my girlhood, to porch swings and warm, sticky late spring evenings. Every Southerner knows that it is as much as blessing as a curse, and you have to keep it in check. The luscious, heady-scented blooms have a woody

vine that, in time, can literally take down a building. Worse, still, it can take you down, too. The seed contain a deadly toxin. The plant self propagates, interestingly, and these seeds actually explode from their pods at a distance of 70 feet, some have claimed. I can sauté some of these up lightly, I suppose, while they are still tender, just enough to flavor them. 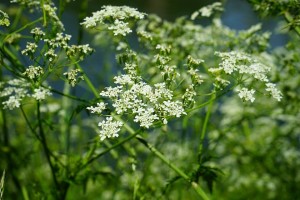 next lives, such as in the case of Socrates. The pretty white flower is often mistaken for Queen Anne’s Lace (Wild Carrot). Hemlock is quite toxic, and deaths of both humans and livestock continue to be reported. This I can easily mix into a soup, or a salad.

Actually, if I could get you to eat any of this, I probably couldn’t convince you to eat 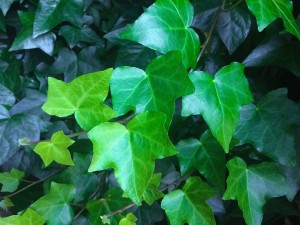 enough of it to kill you. The saponin Hederin that is present in the leaves irritates the mucous membranes and causes blisters and sores in the mouth so that those that decide to snack on the leaves don’t get far enough into their snack to cause more than vomiting, coughing and diarrhea. I think I could find a way to sneak it into your meal. 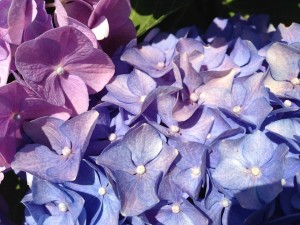 Interestingly, these blooms will vary from blue-violet to pink to white depending on the acidity of your soil. These are very pretty, romantic flowers, and so deadly! These have a cyanide-like component in them. Though a case of death by hydrangea would take many leaves, I’m sure with proper dedication we could make that happen.

These harmless-looking flowers are anything but. The pretty, buttery-yellow flowers shine in the sun and you think not “oh, by such means may I die.” But, perhaps you should, dear guest. These contain ranunculin, a glycoside that causes an intense blistering 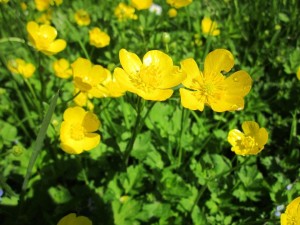 though in mucous membranes, the mouth and throughout the intestinal tract, so I may not be able to convince you to eat enough of these to kill you. They have been problematic for livestock, and have caused vomiting and bloody diarrhea. There is another component that will cause respiratory failure and another that may cause liver damage. Such cute little sunny flowers! 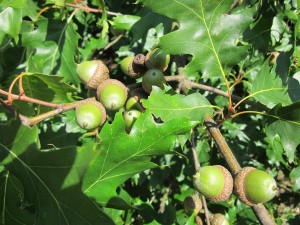 Native Americans used acorns for food for thousands of years, and it isn’t a bad thing to know how to do in a pinch. Carol, a character in the television series “The Walking Dead” has done this very thing, and made cookies from acorns she found in the woods once when her community was running low on flour. It may take quite a lot for me to kill you with oak, but I can make you bread, cookies, grits and lovely pancakes out of the acorns from the red oak and after a while you will have renal failure due to the tannic acid.

This exquisite bloom is often found in gardens, and it is the source for the cardiac 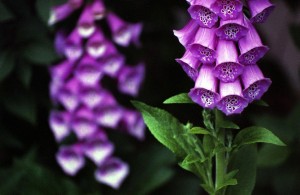 glycoside digoxin. The medicine derived from this plant is given to patients suffering from congestive heart failure. But there is a very low therapeutic margin. This plant will actually stop your heart. 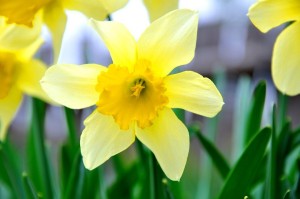 This bright yellow flower is a welcome sight in the spring, brings hope of a warm season ahead. But if I cut the bulbs and serve them up to you as onions, they can cause vomiting, diarrhea, tremors, convulsions and cardiac arrhythmia.

This plant has little thorns under its leaves, and little flowers from June through August. Then, later, there will be little cherry-tomato like berries, yellow in color that come up 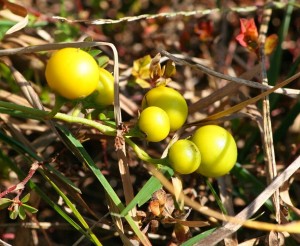 from a two foot tall stem. They contain a glycoalkaloid called solanine that affects the nervous system and irritates the mucous membranes, causing (in sufficient amounts) dilated pupils, weakness, depressed respiration, and eventual collapse and death.  These I will serve to you disguised as little tomatoes, probably served in a nice salad, my dearies.

So, who is brave enough to take a walk through my garden? I can show you more…