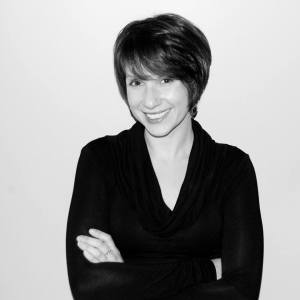 LIES OUR MOTHER TOLD US
By Abriana Jetté


I do not believe in the story of the virgin
but in the value of the human: the body —

because no matter what you were told
that soul is not yours. But the body,

the body is yours. The slight round
of the breast like the sun or the depth of your

toes to your crown: these are the ways
we measure ourselves. I do not want to

believe she was a vehicle. Tell me
there was pleasure; there were moans.

that entered her, that she could feel it in her
teeth. Motherhood means you are no longer

maiden but Queen. Tell me the story of the one
who smiled at the rustling of her sheets.

Today’s poem was published in the The Journal for Compressed Creative Arts, Spring 2015, and appears here today with permission from the poet.


Abriana Jetté: Born and raised in Brooklyn, New York Abriana Jetté is an internationally published poet and essayist and educator. Her anthology 50 Whispers: Poems by Extraordinary Women debuted as a #1 best seller on Amazon, and her work has appeared or is forthcoming in The Seneca Review, River Teeth, Barrelhouse, The Moth, and many other places. She teaches for St. John’s University, for the College of Staten Island, and for the nonprofit organization Sponsors for Educational Opportunity.

Editor’s Note: And then there was the poet who reimagined the Virgin Mary. Not as virgin, but as human, as woman, capable of “a wave a release an ecstasy // that entered her, that she could feel it in her / teeth.” Advocating for agency, the poet insisted, “I do not want to // believe she was a vehicle.” Reverent of the woman’s transformation, she taught us that “Motherhood means you are no longer // maiden but Queen.” And we saw her as the poet saw her. And it was good.