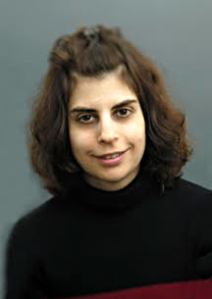 
Yes, I’m on a quest for truth, but only IF.
IF there’s a story behind the stories I see, I want to know.
A line of meaning running behind them.
A beam of concern.
Something.

The man in the grimy wheelchair begging for money by the Harvard Square subway
Pushing himself right up to people with his one leg, as if to ask:
Could YOU hold a job if you had a sawed-off leg
And eyes that watered from the slightest hint of sun?

The woman staring at her cappuccino at Crema Café
Laughing at the creamy heart added by the barista.
She touches the heart with her pinky
So lightly, making sure she doesn’t ruin it
And then takes out a book called On Losing a Child.

Even the little girl in the T-shirt covered with clowns
On the first warm day of the season
Running through the sprinkler in front of her house
Again and again
Happy at first, screaming: “This is so fun!”
Each time the water sprays her face.
And then looking around
Scanning her yard, then the street
As if to ask: “Isn’t there more?”

Well, isn’t there?
That’s my question —
Hokey, grandiose, absurd, and unanswerable.
Or maybe answerable.
But do I want the answer?

Um, wow. I swear I’m not making this up.
I just saved this document and the title shocked me.
I didn’t choose it; I was being careless.
The title is yes.
Just plain yes.
Not the first several words of line one
Like it usually is when I’m careless about saving.
Just yes, no “if.”
No “but only.”

A happier, simpler person might rejoice now.
Isn’t there more?
Yes. Yes!
I got my answer, the one I wanted
In the guise of a word processing glitch.

Before this happened, I was going to say
That “yes” is the only answer I can handle.
The only one I seek.

“Yes” carries many possibilities.
God, like in the Torah.
Or an organizing energy uncapturable by any existing religion.
Or the dazzling power of individual and collective consciousness
Creating the world as we know it
Like some physicists believe
And some New Age types.

Or all of the above
Or something else entirely.
Or, or, or.

On one level, the details don’t matter
As long as “yes” is unmistakable.
As long as there’s something beyond the people in the street
Hurrying to their destinations while checking their phones
Not thinking, not once, that one day they won’t be well enough to hurry
And another day, later on, no one in any street, anywhere,
Will remember them
Or care whether they reached their appointments on time
Or even that someone cried after reading their poem.

Now, let me add a caveat, since I’m self-centered like that.
The details of “yes” don’t matter
As long as they include immortality for my consciousness
And the consciousness of everyone I love.
(And I love everyone who isn’t mean.)
I’m just not a “self pales in the face of the all” kind of soul.

But what if the true answer is “no”
Like many of the most brilliant minds insist?
No, there’s nothing mystical, or magical, or godlike, or transcendently loving.
Nothing beyond what we ourselves can do for each other, and for the earth.
The beauty of one soul reaching out to another
Doing their work, growing their passions
And then their time is up
And it’s time for a new generation.

No, there’s nothing “beyond”
No side door in the sky
No world hiding within the air
No time beyond the clock’s harsh tick
No heart beyond our smashed and battered hearts.

What if all my diligent searching brought me there
To “no”?
Would I want to realize that?
To remove all doubt?
If the actual, capital “T” truth is “no,”
Do I want to know?

NO.
No, no, no.
Some would say: Yes! Yes, of course!
Let me seize every moment with the fullness of infinity.
If that’s all I have, let me know, and savor all I can, now.
Because now is the prize, and that’s OK.
Now is good.

For me, now is only good if it carries at least a hope of then, or after.
Something else, something beyond.
Just plain now is horrifying.
It’s the man in the café rubbing his face until it bleeds
Because he’s nervous.
Because now is everything and nothing.

So why do I search?
What is my quest
If I want no part of a real possibility?

Why am I not one of those who leap and sing
At every piece of evidence,
Who embrace all those pride-filled spiritual leaders
High-fiving them and joining their circles?
Why am I the one who sits in the corner
Stewing, questioning, finding holes in all their answers
Alienating myself from all the peaceful souls?

I want the truth that I want
But I want it to actually be the truth.
I want to cross-examine and put it through a million paces
And then I want to smile. And know.

I’ll take the “yes” I received today as a hint.
Not proof. That would be crazy.
But a hint. A piece of hope.
It’s not the first I’ve received.
All those slices of hope add up to something.
Not proof, not peace, not joy
But a real thing
As real as, say, your memory of the wind against your face
On a warm night, at a barbecue, while your aunt told you tales
Of her first year at college.

Was the wind actually cool like you remember it?
Was your aunt really eating a chicken thigh and laughing about her roommate
While you battled a bee that came dangerously close to your plate?
Maybe. Maybe not.
Regardless, there’s truth in the overall flavor your mind creates
As it conjures the scene.

Hope is like that.
It carries a kind of truth.
Not provable. Not logical.
But sane and even precious.

Hope is the wind that carries my dreams
Even in the harshest weather.

Today’s poem previously appeared in Hevria, and appears here today with permission from the poet.


Stephanie Wellen Levine is the author of Mystics, Mavericks, And Merrymakers: An Intimate Journey Among Hasidic Girls: winner of the Moment Magazine Emerging Writer Book Award. She contributes regularly to the online magazines Hevria and The Wisdom Daily. Stephanie brings lifelong passion to her current book project, which explores her spiritual quest. She teaches at Tufts University and lives in Cambridge, MA, but she misses NYC more and more.

Editor’s Note: Today’s poem is an honest inquisition, probing into the depths of existence while admitting there is only so much we are willing to know, to learn, to hear. I am particularly taken in by the vignette stanzas early in the poem, the vivid little moments that so clearly illustrate how human it is to wonder, in life, whether there is more than this. The poet’s inquiry is urgent, insistent; “Isn’t there more?”