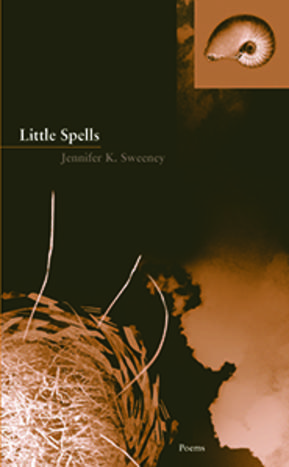 We are not witches as fable stoops us
hunchback over caldrons, not women
hobbled sinister by absence though we know
there are tides in our blood that lean us
toward some ancient clock. Still
if ox marrow soup is suggested, the pot readies
and if we return from the Chinese market
with a rough bag of earth tea, our house steep
in the dank reduction of bark and root,
cold air cut heavy with mist.
We may have eaten goose eggs, raw
garlic and sweetbreads, charged our bathwater
with carnelian and held our noses as we threw
back shots of chlorophyll and kombucha.
We may have made closet altars,
placed bowls of royal pollen beneath our beds
and because someone swore it worked,
our underwear may have all gone orange, pockets
filled with quartz turtles, a moonstone at the throat.
If we turn out to be the end of the line,
there are other circles that will flare
like a small cosmos, we know that
creation is a field and a cave and we will be there
churning some broad-winged flurry from the ether.
We know we are not dying but we are
wading in a time-out-of-time
kept afloat by little spells. When will we again
be so studious with our will, omnipresent
of spark and silence and all the rough
honey it takes to set a life in motion?
We are not witches but we know
how to flick the last seeds
of air from a needle
and ease it into the womb
with reverie and we know magic
is its own making,
the power, if there be one,
not in the sung pot or expelled frog
but the fastidious busying
through the terrible
artistry of so fierce a care
as did my dear friend when her boy was born still,
secretly pumping milk through the spring
so that daily she poured a blue cup
over her garden until the blooms ached through.

I will remember clutching the ice packs
to my breasts, the way the milk came in,
throttle and burn, so suddenly present
it was a kind of action lunging my body
forward and how the Midwest sky was swollen
with humidity, the cumulonimbus gone
green-black by evening. Four days old,
your body all liquid and howl I gathered
awkwardly in my arms and rocked
past midnight which meant nothing to you
tornado sirens spinning blue circles
across the city and the ground churned
beneath our dilapidated craftsman.
I will remember how we carried you
down to the rickety cobweb dark where you nursed
next to the hundred-year boiler
as the sky wailed and the bare bulb cut
on and off. To have given everything we had
to get you this side of earth and the wind
funneling up a destruction with no god in it,
how terribly small we became
in a throwaway lawn chair
waiting for a freight train
to snatch the house like a dry husk
or pass us by indifferent. I never rested easy
in your pre-life and here, throbbingly new, the world
continued to bleat forsake nothing.
I saw the way anyone would scream
after what they loved in the moment
before the roof fell up or in
as I later watched the faces of Joplin, Missouri
of those who had stashed themselves in salvaged
corners peering out in the wrecked silence
of morning. I will remember
how I understood nothing of what I saw,
the splayed neighborhoods and flattened depots,
love spared or taken,
and how we were raw with beginning, the sobriety
of motherhood anchored me inside
where a white fortress of love and milk
began to shudder into place.

Today’s poems are from Little Spells, published by New Issues Press, copyright © 2015 by Jennifer K. Sweeney, and appear here today with permission from the poet.

Little Spells: “Perhaps the physical and metaphysical are most perfectly one in a woman’s desire to have a child. Jennifer K. Sweeney’s Little Spells makes a stunningly powerful lyric journey into the realm of this desire in poems that engage language, image, myth, medicine, fairy tale and potion as tickets to the depths. She is a poet wooed by the abstraction of transformation and she finds for it a local habitation in the figure of the egg: chicken, ostrich, loon, rotten and that most remarkable totem of all, the human egg as the source of us all. At the level of image, line and vision, this book resounds with ‘the terrible artistry of so fierce a care.’” —Alison Hawthorne Deming


Jennifer K. Sweeney is the author of three poetry collections: Little Spells, newly released from New Issues Press, How to Live on Bread and Music, which received the James Laughlin Award, the Perugia Press Prize and a nomination for the Poets’ Prize, and Salt Memory. She is the recipient of a Pushcart Prize, a grant from the San Francisco Arts Commission, a Hedgebrook residency, the Elinor Benedict Poetry Award from Passages North and two Dorothy Sargent Rosenberg awards. Recent poems have appeared in Academy of American Poets’ Poem-a-Day series, American Poetry Review, Cimarron Review, Linebreak, Mid-American Review, New American Writing, Pleiades, and Verse Daily. Visit her at www.jenniferksweeney.com.


Editor’s Note: It was by sheer coincidence that today’s feature appeared here today–on Halloween. But it is the happiest of coincidences. For today’s collection is rife with magic. Brimming with little spells. Filled with witches and fall leaves turning. Deep-rooted with gnarled and potent tendrils that tap into longing and power. This is a collection that reclaims women’s voices and stories from history, fairy tale, personal and shared experience. Its tales are vivid, its lyric riveting, its essence enchanted. This book is a phenomenal read, and today, on Halloween, it rises from the page, stunning, as if conjured.