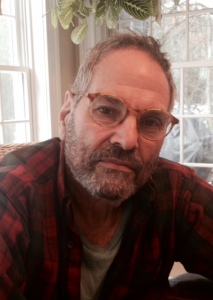 
THE SADNESS OF YOUNG MOTHERS

Because we’re at the beach today our sadness
knows itself,

Between the sinking sand and slowly measured
falling waves.

Not long ago time was arrow-tipped and
ravenous.

It found its mark before the god of love had
even stirred.

It filled our bones to bursting, era of the second
self begun.

Now every gesture mirrors gestures of a
smaller one.

They raise their arms, we raise our arms, they wobble
toward the sea

Like turtle hatchlings, thoughtless prey, and
so do we.

We match the steps of half-formed beings—
tender, new—

Ourselves, our future selves, alive but always
cut in two.

We are afraid. The burning sun devours
little bones.

Their little mouths will gulp the tangled weed, the
sliding foam.

We run, we start to run, but time has a thickness
all its own,

As when the cresting tops of glittering breakers
do not fall,

Or when in dreams we hear, but do not hear, our
children call.

Today’s poem was originally published by AGNI and appears here today with permission from the poet.


Richard D’Abate is the author of a poetry collection, To Keep the House From Falling In (Ithaca House Press), as well as stories and poems in Epoch, Apple and other magazines. His most recent work appears in Agni Online. A native of New York City, his professional life has been focused in Maine: as a professor of English literature, an advocate for the public humanities, and director of the Maine Historical Society, a statewide cultural agency and research center. His scholarly essays have appeared in various publications, including American Beginnings (University of Nebraska Press), on New World exploration, encounter, and cartography. He now lives and writes in Wells, Maine.

Editor’s Note: As a reader and a card-carrying feminist, I was as taken aback by today’s poem for its stunning lyric as I was by the (male) poet’s ability to capture the way mothers worry for their children. (Fathers do as well, of course, but today’s poem is about the experience of young mothers, specifically.) How audacious to take on this persona! And how effortlessly and accurately the poet has captured this unique viewpoint that is not his own. Haters gonna hate, and there are those who feel that a male writing from a female perspective is a patriarchal act of establishing dominion over a realm that is not theirs to control. But the other half of that debate is that of being empathetic, of trying to understand the other from within the other’s shoes, of being sensitive to those from outside our own gender, and Richard D’Abate has done this with today’s honest and heartbreaking work.

The poet has given breathtaking form to the parental experience, naming it the “era of the second self,” calling children “our future selves,” who, through a mother’s eyes, are “alive but always / cut in two.” Even more palpable is the mother’s fear for her children: “they wobble / toward the sea // Like turtle hatchlings, thoughtless prey, and / so do we,” “We are afraid. The burning sun devours / little bones. // Their little mouths will gulp the tangled weed, the / sliding foam. // We run, we start to run, but time has a thickness / all its own … [as] when in dreams we hear, but do not hear, our / children call.” By the skilled hand of the poet the fear and helplessness mothers feel for their children is brought to life through a vivid imagery and lyric beauty so chilling we feel it as if it were our own.