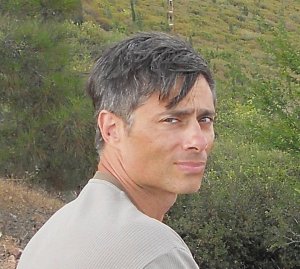 Last fall, the sky October overcast, I walked to a field half a block from my apartment in South Jersey. Trees were beginning to catch fire with fall color, the air was cold enough to feel through a padded suede jacket, and the light was a feeble gray. Just as my sneakers made the transition from asphalt to grass, a flock of sparrows maybe fifty yards distant rose from the field I was entering. Wheeling, the flock flattened into a cloud, rapidly thinning and elongating, then contracted again until it bulged weightlessly in the middle. There was an astonishing ripple effect as one bird after another perceived an abrupt shift in direction and aligned itself with the new axis of movement more gracefully than any pattern of falling dominoes.

After this performance, which suggested a unified whole rather than anything that could be called a group effort, it occurred to me that the novels that have stayed with me—the stories and novellas, too, that have had the greatest half-life—have startled like the unexpected flight of that flock. At least that’s one of the things they’ve done. On another level, the works I most admire have, metaphorically speaking, made visible the physics of motion. Diagramming the gift of overcoming gravity with vector arrows and overlapping arabesques, they’ve sketched a cartography of flight. Most of all, the best fiction seems to have something in common with one of those incomparable things Whitman said incomparably well:

Logic and sermons never convince,
The damp of the night drives deeper into my soul.

In order to believe in the winged purposes of those sparrows, you have to let the flock sink past retina and optic nerve, you have to move beyond the equations that describe ratios of weight to force, the rate of wing-beats and the lift generated. In order to feel the spirit of Zen articulated by Alexander Pope (who presumably had never heard of Zen)—“whatever is, is right”—you have to find in yourself something that corresponds to the synchronized maneuvers of those birds.

In other words, the way I’m divvying things up, the best fiction speaks to the senses, to the intellect, and to our subjectivity—quaintly dubbed “soul” or “heart” depending on the spin you prefer. Not necessarily in that order.

The result of this seems to be that I gravitate toward work that’s been praised for its strong language and striking imagery while generally being chided for its weak storyline. But why should poets have exclusive rights to make insight and observation the strength of their pieces?

While most literati will probably agree readily enough in theory that there’s nothing wrong with a plotless novel (“Plot is old hat, of course, went out with frock coats and whalebone corsets…”), in practiceeditors and agents still get fidgety when a manuscript without sufficient narrative momentum comes across their desks. University presses generally take on these riskier propositions, while the larger reviewing bodies—if they bother with them at all—bury a column or two of commentary in the back of the publication. By and large, American readers, unlike their European counterparts, still seem to think a novel without a goose-bump-raising storyline for a backbone is like a screwdriver in which you can’t taste the vodka. A few years agoa literary agent, acknowledging the need to pay attention to market demands, told me, “Ulysses simply wouldn’t be published today.” And then there’s the former colleague of mine who maintains that “story isall that matters because that’s all you remember after you’ve read a book.”

The agent is probably right; I like to think my colleague is wrong. When I think of Moby-Dick, for example, the first thing that comes to mind has nothing to do with the narrative; the first thing that comes to mind is the tone of the novel, the mood Melville created. The book returns in fragments. I remember the tenor if not the actual words of Ahab’s one-sided conversation with the severed head of a sperm whale although, yes, a few lines do put in verbatim appearances (Of all divers, thou has dived the deepest. Tell us that secret thing that is in thee.). I remember Melville’s poetic meditation on the whiteness of the whale (herein you’ll find the rudiments of Jung’s theory of a collective unconscious). I remember the cook’s speech to the sharks, in which he theorizes that an angel is nothing but a shark well-governed; I remember Ahab categorizing all visible objects as mere pasteboard masks and swearing his men to abet him in his hunt for Moby-Dick (recalling Milton’s arch-rebel, exiled to darkness visible, exhorting his fellow angels to take revenge on heaven). If you say, “Yeah, but what happened?” sure, I can give you a reasonable outline of what happens. But if you ask me whether or not you should read the book, I wouldn’t try to sell you on an aging, peg-legged sea captain chasing around a white whale so he can get in the last lick. What happens isn’t nearly so much the point as how it happens and how we, as well as Melville, interpret not only events but their contexts.

A novel that hits all three areas—physical, intellectual, and subjective—Moby-Dick doesn’t have much plot to speak of; in 500–plus pages, the action can be reduced to a one- or two-page synopsis without leaving out anything vital. Melville’s descriptions of New England and the sea are more than adequate to satisfy the reader’s sensory appetite. While discussions of cetology and whaling are the most obvious examples of discourse aimed more at the intellect than at the viscera, there are far more subtle instances: noting a series of odd coincidences in the early chapters, Ishmael senses more than mere chance at work and, beating Jung to the punch again, suggests a concept of synchronicity. The book as a whole is aimed at some “ungraspable phantom of life,” is obsessed with the inscrutable depths of the sea—surely an allusion to the mysteries of the soul or psyche (choose your spin)—with the inexplicable lure of the color white, with the undefinable symbol of the whale, “be he agent or principle.” And then there’s the friendship between Queequeg and Ishmael to infuse Melville’s metaphysics with something warm-blooded, an emotional handhold for the reader.

If I’ve overemphasized Melville, let me hasten to add there are numerous other books that give plot short shrift but have lingered with me long after the last page was turned.: Joseph Conrad’s Heart of Darkness has even less of a storyline than Moby-Dick; it’s nothing but a travelogue in which a map of the interior darkness (eventually popularized as “the unconscious”) overlays a continent that is home to practices both disturbingly familiar and frighteningly alien to European trespassers. We can also add, I think, Virginia Woolf’s To the Lighthouse, William Gass’s The Tunnel, Milan Kundera’s The Unbearable Lightness of Being, Rainer Maria Rilke’s The Notebooks of Malte Laurids Brigge, Paul West’s The Place in Flowers Where Pollen Rests, Haldor Laxness’s Under the Glacier, Robert Musil’s The Man Without Qualities, Henry Miller’s Sexus, Samuel R. Delany’s Dhalgren, and Julio Cortazar’s Hopscotch, to name just a handful.

What I want, I suppose, is a prose body with a poetic soul. Of course, there’s absolutely nothing wrong with telling a stirring tale or weaving an intricate plot—quite the contrary, a good story is an undeniable asset. Nonetheless, plot alone will not carry the day. Indeed, plot, even in a novel, seems to me very much secondary. If a novel doesn’t open more than one door of perception, if it doesn’t speak to us the way music does, bypassing the mind’s “reducing valve,” if it doesn’t resonate in the nebulous region that gives rise to dreams, it’s a heap of feathers fit for stuffing a pillow, it’s not a bird in flight.

Vincent Czyz is the author of Adrift in a Vanishing City, a collection of short fiction. The recipient of the Faulkner Prize for Short Fiction, he has also won fellowships from the New Jersey Council on the Arts. His fiction has appeared in Shenandoah, The Massachusetts Review, Louisiana Literature, and Camera Obscura. His essays have appeared in Boston Review and Logos. He was the 2011 Truman Capote Fellow in Fiction at Rutgers-Newark. (“Plotting Against Plot” originally appeared in AGNI and is reprinted here with permission of the author.)