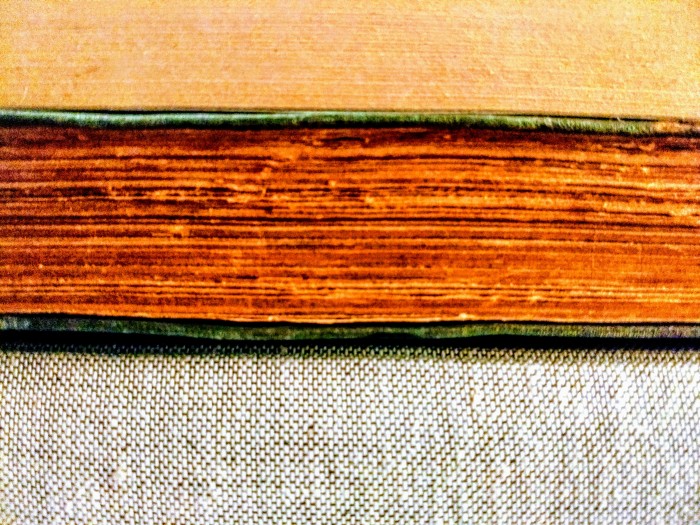 Nearly twenty years ago, my loving father spent some of his evenings coaching my T-ball team in the fields behind Reynolds Elementary. Early in his tenure, he knelt and told me that I wouldn’t be able to play shortstop as much as I wanted.

“Of course you are,” he said. “But everyone needs to get a chance and a coach must be fair.”

Parents are renowned for their perfectly natural ability to compartmentalize: to exempt certain people and situations from rational thinking in order to avoid the uncomfortable cognitive dissonance that would result if the truth were confronted in earnest. Many parents believe, in spite of evidence, that their child is the kindest and most intelligent around.

The phenomenon, for better and worse, carries over to the political realm. The secular worldview varies from most other popular modes of contemporary political thought in that clarity of thought is favored over the strict adherence to the dogmatic base of an ideology. To make a policy judgment, the secularist doesn’t consult a moral code established by dubious and supernatural authorities. Instead, the secularist seeks to purge him or herself of flawed thinking that is pitted with fallacious logic.

For example, should Americans have the right of same-sex marriage? Secularists consult the Constitution, the deep well from which our rights are derived, and find that the Fourteenth Amendment guarantees equal protection under the law. In the interest of thoroughness, we may ask, “What’s the harm?” and find none. Those who claim otherwise are appealing to tradition, making a priori assumptions and otherwise demonstrating that their convoluted thinking, if represented visually, would resemble an M.C. Escher pen-and-ink drawing.

Given the importance of logical thought in governance, it seems problematic that Representative Kyrsten Sinema (D-AZ) is the only open atheist in Congress. On the other hand, it’s not very hard to come up with a Catholic lawmaker whose voting record reinforces abortion rights. (John Kerry was famously excommunicated for violating this Church doctrine.) Another Roman Catholic, Louisiana Senator David Vitter, voted to broaden the use of the death penalty in spite of the fact that he ostensibly prays to such a victim each night.

Both of these lawmakers (and countless others) abandon the teachings of their Church to vote in the manner they feel is best for society. The cause of this disconnect is the same for all individuals who employ compartmentalization in an effort to exist in both the real world and the fantasy of their choice. In a 2013 article for Scientific American, Dr. Michael Shermer claims that people construct “logic-tight compartments…analogous to watertight compartments in a ship” that allow otherwise intelligent people to hold improbable beliefs such as global warming denialism and that the attacks of September 11th, 2001 were an inside job. (Dr. Shermer’s book Why People Believe Weird Things is a treat for anyone who wonders how someone as brilliant as Dr. Linus Pauling could believe that large doses of vitamin C could prevent and cure cancer.)

As I said, the ideal of the secular process of thought is an understanding of the world that is devoid of delusion. The secular individual seeks to understand the universe on its own terms, not his or her own. Alas, we have evolved to be pattern-seeking animals. Our very brains engage in perpetual civil war: the left side remembers and calculates and the right side determines what the data means. The Pew Forum’s U.S. Religious Landscape Survey indicates that only 16.1% of Americans identify as unaffiliated with a religion. What are pure secularists to do?

It seems that we must take comfort that we have many allies whose powerful minds are laden with Shermer’s “logic-tight compartments.” No less a secularist than the late Christopher Hitchens adored his friend Dr. Francis Collins, the geneticist who led the Human Genome Project and is now Director of the National Institutes of Health. At first glance, Dr. Collins may inspire fear in the heart of the secular progressive. A self-professed atheist, Dr. Collins converted to Christianity after a patient merely asked him about his religious beliefs. After attempting to defend his lack of belief, Dr. Collins said “suddenly all my arguments seemed very thin, and I had the sensation that the ice under my feet was cracking.” Most any atheist or agnostic who has engaged in such an informal debate will agree there’s a big leap from “there’s no evidence to suggest that a supernatural deity may exist” to Dr. Collins’s fallacy-laden understanding of atheism itself: “If God is outside of nature, then science can neither prove nor disprove his existence. Atheism itself must therefore be considered a form of blind faith, in that it adopts a belief system that cannot be defended on the basis of pure reason.”

Is it time to ring the alarm bells and to lament that someone such as Dr. Collins is in such a position of power in the scientific and political community? Not at all. (As a skeptic, of course, I’m open to changing my mind should sufficient evidence present itself.) Dr. Collins stridently rejects intelligent design, the concept best described as “creationism in a cheap tuxedo.” Dr. Collins, I understand, has not stood in the way of embryonic stem cell research. (Sad to say the same can’t be said for Congress.) Dr. Collins, a breathtakingly intelligent man, has compartmentalized his beliefs, devising a philosophical construct in which religion and science are—to him—not only compatible, but complementary.

Perhaps the immediate goal of the secular community should be to point out that our fallacy-prone friends and authority figures engage in this compartmentalization. Many Christians who chant, “God said it, I believe it, that settles it,” still eat shrimp, wear cotton/polyester blends and refuse to “take up serpents” and understand that drinking poison will kill them. Belief in any aspect of the supernatural, religious or otherwise, requires a person to put these beliefs in one of Dr. Shermer’s “logic-tight compartments,” where it will be safe from reality and reason. So many of these valises have already been cast away—slavery is illegal, women have the vote, miscegenation is only a problem to an irrational few—more are sure to follow. The resultant cognitive dissonance causes unpleasantness at times, but this societal conflict is a necessity if the United States is going to continue its path toward fulfilling the secular ideal laid out in its founding documents. If you read the accounts of those who protested Loving v. Virginia, it’s clear that they were very upset. Those who are on the wrong side of history and of secularism deserve the same response: “Too bad.”

Pauling. Isaac loved the man, but I think he was bummed by this. http://mostlyscience.com/2013/02/logical-fallacies-and-you-what-you-need-to-know-when-doing-your-own-research/