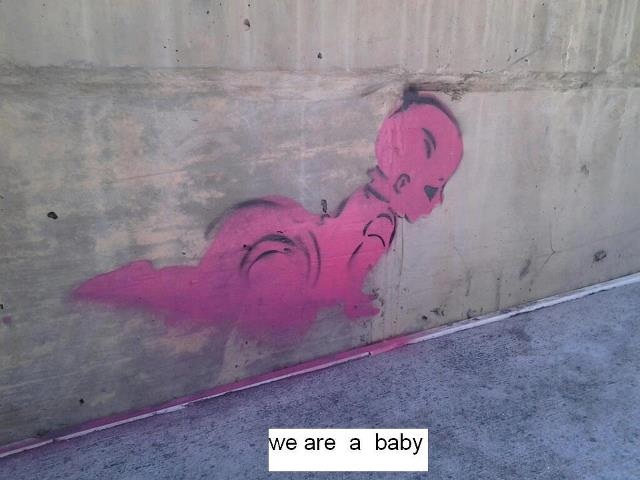 I had an awful dream the other week: it started off nicely, sailing a little mirror dingy with my kids on Lyme Bay in Dorset. After a few tranquil moments viewing the dark cliffs of Black Ven and my windswept offspring I began to see nasty beat up, corroded plastic bottles and containers bobbing around us. Cut to a distressing scene where our dingy is caught in a floating confluence of plastic trash; in the next scene I’m somehow under the floating monstrosity, face to face with an unfriendly looking dolphin. Maybe dolphins just have an angry look up close, certainly this creature’s unblinking visage gave me no indication that he intended to save me from imminent drowning nor assist me in an underwater dreambirth. Contemplating  this situation I found myself repeatedly sending my grim companion a feeble telepathic apology: I’m so sorry about all this plastic. One more daggers look from Flipper’s nemesis and then he made a sudden upward lunge into the ghastly underside of the plastic island, mercifully I awoke.

Not for the first time I decided that I was going to eradicate my plastic footprint forthwith and set an example to myself and anybody else with similar concerns. Easier said than done, plastic is the endemic choice for packaging in the 21st century and trying to avoid it will frustrate even the most diligent hippie. Unhappily I realized that even if I splashed out and purchased expensive organic milk in a glass bottle, the cap was still wretched plastic. Gloomily I had to acknowledge that buying my younger son’s supplements in glass would amount to paying at least an extra 20% for the same item. The most affordable bread is homemade, but my grim loaves, which resemble the little brown offering that District 11 made to Katniss in The Hunger Games,  are a hard sell even to ravenous skateboarders. Bulk-buying in reused containers is a reality at forward-thinking grocery stores like Rainbow Cooperative, however be prepared for impatient huffing from other punters waiting to use the digital scale while you painstakingly weigh and label your cartload of mason jars. Of course moves like this are only playing lip service to the packaging problem, our landfills heave with a vile trifle of  petrochemical castoffs and then there are the free-forming plastic islands, which are breaking down into the oceans momentarily. Minute plastic particles resembling yummy little plankton are unwittingly being slurped down by hungry fish and as such are entering our food chain, and have you heard about the sunscreen?  Fish suppers have become rare at our house: a combined awareness of the unsustainability of fishing practices and the fact that the oceans are swilling with oil, chemicals, radioactivity as well as plastic-posing- as-plankton have reduced our consumption to a guilty indulgence every month or so.

Forty-eight hours into my self-imposed plastic ban I capitulated, I have neither enough money nor mason jars to buy bulk exclusively at Rainbow neither can I take the time to really make anything beyond sprouts, ghee and that District 11 bread. Casting around for  some comfort I downloaded Marks and Spencer’s Plan A document which outlines their plan to become the most sustainable superstore in the world. To their credit Plan A, instituted in 2007 has made huge reductions in the carbon footprint of the company, from energy-saving in store locations to a commitment to have all packaging either recyclable or compostable by 2012. Cornstarch has been developed to replace petrochemical derivatives in the wrapping of perishable food, thousands of tonnes of cardboard are saved from landfill as the store has provided returnable trays for suppliers and distributors.  Good old Marks and Sparks, not only the comfiest knickers in the world also the greenest multi-national grocery on the planet! Now all I have to do is rematriate to the U.K. and get a job with a big salary (pricewise M & S is more comparable to Whole Foods than Safeways.) Still, it is reassuring to know there is somewhere you can buy a sandwich wrapped in something non-toxic. For there is the other downer about plastic containers: not only do they damage the environment wherever they end up there is growing concern that they poison the food they contain. Remember how we all went and bought the safe  plastic water bottles that were subsequently revealed to be leaking evil bits into the contained liquid?

Dreams of a simple life are harder to come by than nightmares featuring enraged wildlife. When things at their most dismal & the plastic islands are certainly that- its encouraging and barely surprising to some of us that mushrooms can help. Recently a team of professors and students from Yale were down in the Amazon rainforest and they discovered a fungi, Pestalotiopsis Microspora which can survive on polyurathane alone and can uniquely do it in an oxygen free environment. This could seriously impact if not utterly solve our waste problem. Really when the indigenous tell us that the Amazon is the cornucopia of the planet we should listen instead of bulldozing it down.

Corncopia reminds me of the Hunger Games which I read recently ( my earlier reference to the loaf from District 11 isn’t in the movie)  Its a great read, it reminded me of John Wyndham’s The Chyrsalids , one of my favorite books as a teenager, and I knew that I should pass Suzanne Collins bestseller  on to my fifteen year old son. I was disappointed when he said that he just wanted to go and see the movie and when I argued that the book would have enriching details that would improve his movie experience he reminded me how I’d ruined The Golden Compass for him and his brother as I huffed through all the plot changes in that flick.. Our kid was so taken with  the movie he enticed  me to go see it with him last night. It was impressive, if bloody, and the screenplay, co-written by the author, retained it’s integrity. Walking home, I enthused about the use of Roman names and woeful reputation of the later emperors, the betrayal of the Republic etc. he cut me short, “Dude,” he interjected, “I dunno about the Roman’s it seems like us, we’re like District 2, the tech people.”

Twenty-first century kids have a different apprehension of the world, one informed by the wide and various reach of the internet, note how the Kony viral video spread through the teenage networks. These kids are savvy though; they didn’t like the now-disgraced documentarian’s request for cash to participate in the huge anti-Kony campaign that he had planned.

This generation are growing up in the live-feed reality, they cannot and will not hide from the injustices of the systems we live in. The murky media era dominated by Murdoch is over and what follows will be influenced by the internet.  David Wood from the Huffington Post just won a Pulitzer for national reporting, Al-Jazeera have praise heaped on them.

In San Francisco we await the second dot.com boom and another bite at the cherry pie of consumerist internet activity, but the young consumers are savvy, they want what is free and what is there to know. They see the world unblinkered and are quick to recognize a tawdry sales pitch. I advise locals to abandon perfecting their apps and turn to the fine art of bread-making.

we are a baby by Lisdeath Ruiz